How to invoke the Angel Vehuiah (dates and times)

Characteristics of people born under the regency of the Angel Vehuiah

Influences turbulent, impetuous, and hot-tempered people. It is dominated by extravagance, intellectual aggressiveness, revenge, and dramatic scenes, and has a strong sexual impulse.

Before the start of the race. The athletes’ muscles were tense as they waited for the competition judge’s signal to start. The public did not want to miss the spectacle that had aroused so much expectation, as it was the most important event of the championships.

Everyone was waiting to witness an exhibition of power. The best runners from each province were participating, and the winner would represent his country in prestigious international competitions.

Young Vehuiah has been working hard for this for the past few years. His only goal in all his efforts was to make the national team. He was there, fighting against the best. He was satisfied with everything he had achieved. Although reaching the final was important, he still had to assert himself.

It was a fast start. He quickly pulled away from the competition and was ahead of them by a length. His strength increased as a result, and his feet seemed to lift.

How close he was to the finish line. He could have triumphed with one more attempt. But Vehuiah had not foreseen this unforeseen event.

His body lost its balance when he was a few meters from the finish line and he was unable to manage it. He had to take a moment to regain his position. It was too late to save that second. Before his frantic gaze, the finishing tape was disappearing.

Vehuiah lost control of his anger and fell down the track, panting and out of breath. He had no desire to stop himself.

The young athlete had not regained his self-confidence since that day. He no longer had a strong will, and his severe depression was sapping all his energy. He was so indignant that he would explode with rage if anything irritated him. Because they feared him, those who used to follow him hardly dared to greet him.

As time passed, Vehuiah was treated with less and less respect. He neglected his diet and shunned physical activity. One day, however, a tragic incident came to alter his life once again.

Vehuiah was in bed at that time in the morning as usual. He thought he heard a voice calling for help from his room. He looked out the window out of curiosity, and there she was. It was his mother, and a curtain of fire had engulfed her.

He pulled on his boots and hurried outside, not paying attention to what he was doing. She was aware that her mother’s life depended on her. He had no time to waste, for this time he was facing the fire.

She had to travel quickly to the village before the flames reached her mother’s house, which was about five kilometers away. His feet ran faster than ever.

He would have broken a record if someone had timed him, but that didn’t matter to him because only one thing gave him the strength to fly: love for his mother.

Vehuiah arrived on time. The young man would become the hero of the whole world, and his extraordinary feat would be discussed for a long time.

The young athlete found his motivation again and set to work harder. Along the way, he would encounter many more records.

Is Vehuiah one of your Kabbalah guardian angels? 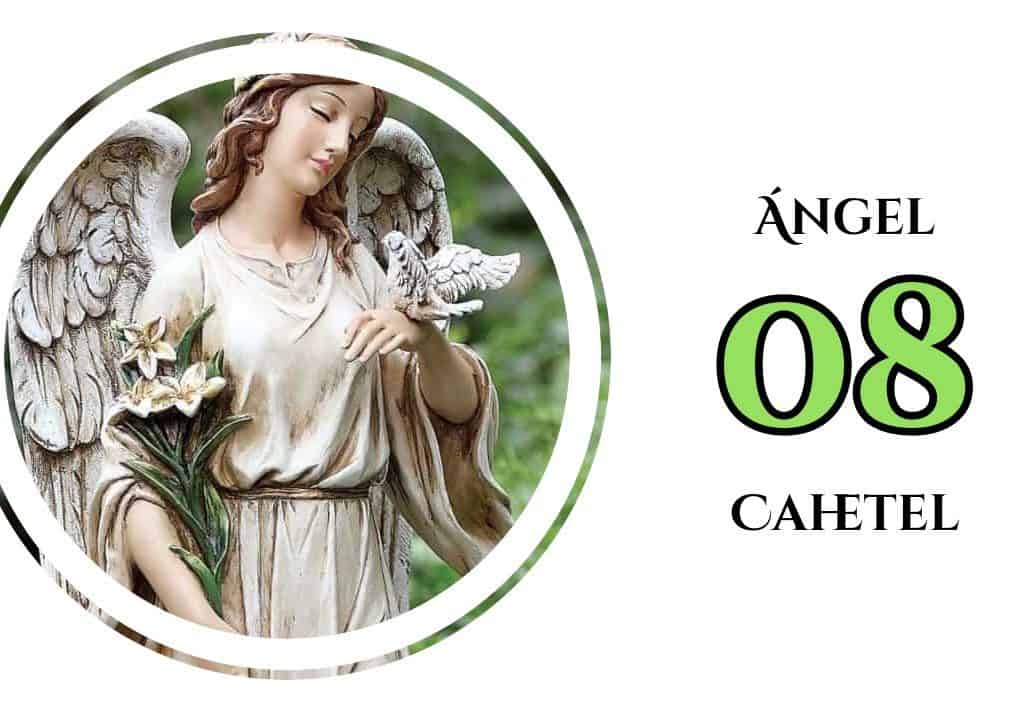