Making an ofrenda for our deceased loved ones is one of the most popular and exquisite customs of the Day of the Dead. Find out what components are essential and what they mean.

Due to the importance of this holiday, the Day of the Dead is one of the most significant celebrations in Mexican culture.

It is celebrated throughout Mexico on November 1 and 2 and one of the most popular customs is to make an offering in their honor.

The altar of the dead has a unique symbolism that may seem morbid to those unfamiliar with the custom. It consists of giving the deceased person bread and, if of age, wine.

Through this ritual, the souls of those who have passed on before us are reunited with them. Their memories, their legacy and even their antics are recalled.

What is a Day of the Dead altar?

According to a press release from the National Institute of Indigenous Peoples of Mexico, the tradition of presenting the dead shows the syncretism of the pre-Hispanic with the “New World” and combines indigenous and European beliefs.

When the doors of the Mictlan (the pre-Hispanic underworld) are opened and a bridge is built connecting the spiritual realm with the physical world, it is a spiritual or mystical rite in which the table is set with natural ingredients to receive the visit of the dead.

What components should an offering have?

While the only restriction on what you can put in an offering for your loved ones is your imagination, several components are necessary.

The glass full of water is presented so that the souls can quench their thirst after their arduous journey from Mictlan and the thought that they still have a long way back. It also represents the purity of the soul.

The ethereal body is not corrupted while traveling between the two worlds and a small concave vessel filled with salt serves as a sign of purification. In this way, it can return the following year.

The pre-Hispanics used ocote, but when mixed with European culture, candles were added. The flame represents hope, light and faith; it illuminates the path of the souls and directs them on their return to the land of eternal rest.

It is traditional in some regions of Mexico to light a candle in memory of each individual who has passed away.

Copal is a symbol of prayer, worship and respect that was created for the pre-Hispanic gods. It is used to keep evil spirits away from the offering and to ensure that the souls of our loved ones return home safe and sound. Incense is still used today.

Cempasúchil is a flower native to Mexico that only blooms at this time of the year. It is distinguished by its bright orange hue. The “Flor de Muertos” is another of its names and it aromatizes the place where the soul will arrive.

When the altar is dedicated to a child, it is necessary, since the color it represents is of goodness and purity. Tradition advises to make a path of flower petals leading to the offering, because this way the spirits are directed to the offering and their descent to the underworld is facilitated.

The mantel or petate

The petate is a mat made of dried plants used as a resting place. Today, all the components of our product can be arranged on a petate and placed in its place. It represents the place where the souls will rest while enjoying the lavish feast.

When a soul must cross the Chiconauhuapan River to reach the Mictlan, the indigenous people usually assign a toy dog called “izcuintle” to that task. There, any toy can be placed in its place.

The bread of the dead

The “Body of Christ”, which is presented as an altar offering to the souls, serves as bread for the Catholic Church.

When should an offering be made in honor of the dead?

Since it is believed that on November 1 the spirits of the little ones visit us and on November 2 the souls of the elderly visit us, it is customary to place it on October 31 for children and the day after for adults.

However, all over the world it is celebrated from October 26, since it is said that the spirits of our deceased pets and animals arrive first. 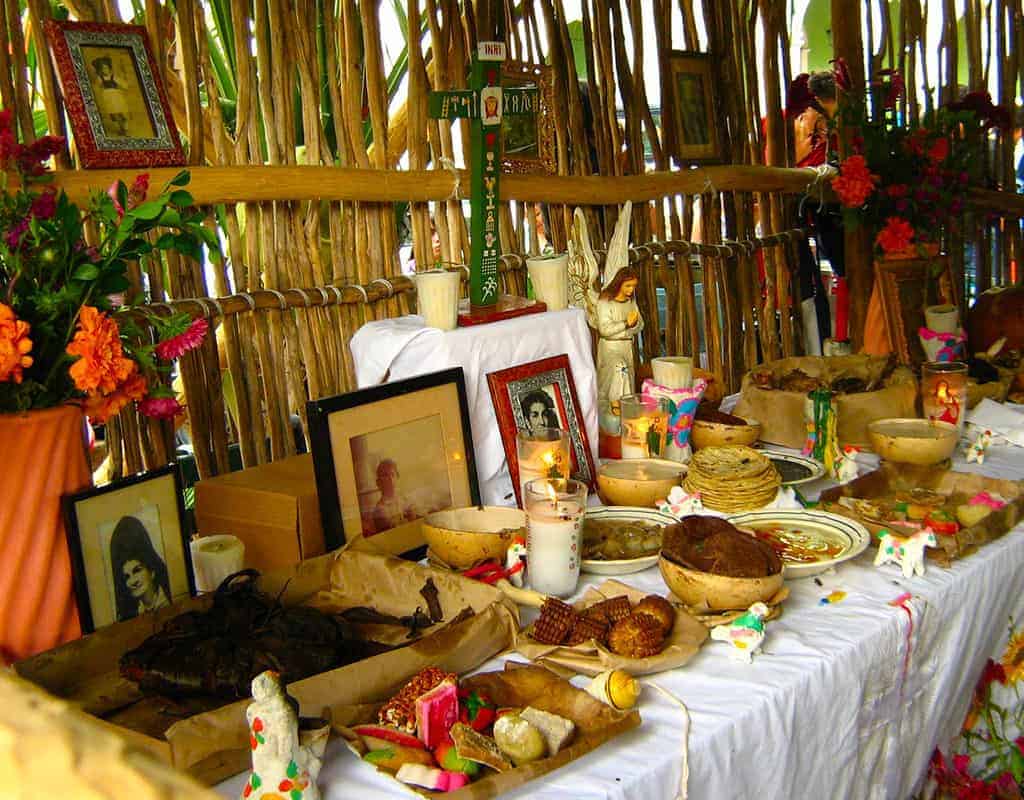