I repost this article on ERIS, as current circumstances make it feel potent as it moves away from Uranus conjunction and approaches Pluto square, which naturally only happens once in each of our lifetimes.

The fury of ERIS and its square to Pluto

Eris, in Pisces, last squared Pluto, in Gemini, in 1908. All of us born after that date have Eris in Aries because it has been there since 1927.

Although the Uranus-Eris conjunction has been with us for approximately three years in this specific encounter, it began in 1927, when both planets entered Aries, which had not occurred in approximately 500 years.

The difference is that since 1927, Eris has remained in Aries, while Uranus has gone full circle around the zodiac, returning to this Fire sign in 2011. Over the past few years, Eris and Uranus have “caught up” with each other in the final degrees of this Fire sign.

Eris through Aries takes about 120 years

Because of its elliptical orbit, Eris passes through Aries in about 120 years, although the table below this sentence shows how many years it passes in each sign. Leo will show that it passes in less than 20 years.

Eris poses very important psychological difficulties that we can no longer ignore. Despite best efforts, this is not a fleeting aspect. Even if it produces sensations that last forever, it is one of those traits that will not recur in our lifetime.

Maleficent, the evil fairy in Sleeping Beauty, together with the great revolutionary (Uranus), Eris. Together, they transmit to us what has remained latent in our minds and is asking to be expressed.

It is a primal cry that emanates from a hidden place in our brains and alerts us to the need for change in our lives.

ISIS’s relentless assault on everything One way to communicate this is Western. The Catalonia crisis, Brexit, Trump, Argentina, Venezuela, Burma, and the two Koreas are also current events.

This conjunction has been active for a few years and will remain active for a few more months, but on May 15, 2018, Uranus will enter Taurus, which will shift the focus of our revolt to where it truly belongs, which is in global banking.

It teaches us about past resentments and the need to let them go because they impede our ability to move on and turn the page to a new chapter. However, it makes us aware of the significance of opposition both in the outside world and in our psyche.

A representation of the anger that arises from that area of our psyche when we feel unvalued, “out”, uninvolved, and unrecognized by the “system”, or when our gifts and relevance are not recognized.

Since 1925, she has been under the sign of Aries. She is sometimes described as the daughter of Hera and Zeus, the sister of Ares or Mars, the God of War, but most eloquently she is Nyx, the daughter of the Night.

The political events of recent months, such as Brexit, the support for Donald Trump, the horror with which the Hungarians watched, the possible entry of Muslims, the conditions in Catalonia and Burma, etc., are expressions of this conjunction and connect us with the idea that we always want to leave something “out.”

Our battle to escape from what makes us feel oppressed or to be part of something bigger than ourselves.

Eris resides in the Kuiper Belt, a region full of bodies (asteroids) that we do not know about, that have remained hidden from view until recently, and that seems to pose a threat to humanity.

What comes out of there, like the centaurs we know, Chiron, Pholus, and Nessus, are things we should not protect ourselves from, but be open to.

Interestingly, astronomers have given these asteroids the name “centaurs” because, except those already described, these creatures were considered in Greek mythology to be wild beasts that roamed in the dark, outside the solar system, and obeyed no one.

Even though this is a problem that affects everyone in the world, the cardinal signs have been and continue to be the most impacted, since they serve as the “sign of the times”.

Eris is the indirect culprit of the Trojan War. She was angry because she was not invited to Peleus’ feast, where the other gods were, and threw a golden orb while shouting.

“For the fairest of them all,” creating a conflict in the process. Zeus asked Paris, son of King Pamo and Queen Hecuba of Troy, to choose one of the gods of Athena, Aphrodite or Hera, to deliver her there (which amused him).

The most stunning lady in the world, Helen of Troy, who was married to Menelaus, was chosen as Paris’ wife by Aphrodite after she swore to give her to him if she was chosen.

Consequently, Paris and Helen fell in love and fled together, starting the 10-year war between Greece and Troy, in which Achilles perished. Eris then took revenge on everyone. These are the times when we should reflect on the areas of our life where we feel “not connected” to anything else.

Where we feel “outside”

Unable to interact with others or feel included. If we were to go a step further, we could analyze which male or female voice in our family or psyche feels “out,” which would affect how we feel about current events.

We might feel isolated from a social group, lacking in intelligence, creativity, effectiveness, success, etc. Feeling “outside” is often accompanied by feelings of vulnerability, loneliness, exclusion, and, most importantly, a lack of appreciation. Nothing we do seems to be enough.

All of these emotions are quite human, but the authors of mythological stories, such as Homer, somehow transformed them into tales of the divine, even though all people have experienced these emotions at some point in their lives throughout history.

One of the reasons why it is so easy for politicians and other influential people to ignite these emotions in the population is because of this.

In this way, they achieve their goals and the people respond to these timeless, timeless sensations where everyone feels oppressed, not heard, not understood, abused, etc.

They are all extremely powerful, but instead of focusing our anger on them and urging our government to regulate and put restrictions on these corporations, we fight amongst ourselves.

We dig into our differences

Instead of understanding that we are all in the same boat, as is the case in Spain, Korea, Venezuela, Argentina, the United States, England, and Burma.

How easy it is to put the responsibility for one’s feelings on another.

I am not able to figure out the cause of these feelings or why they are there. It is easier for politicians to get one to identify with them the less one knows about them, as these emotions come from the unconscious and are consequently omnipresent.

The voice of Eris, informs us from her remote and obscure place: “The #metoo and #timesup movements that seem to be neglected in Latin cultures and are disrupting the Saxon world, empowering victims of sexual and labor abuse.”

TIME TO GO! It’s time to speak out, speak up, make peace, resolve, reach out to those who have experienced similar things, heal and move forward, not only individually but as a species. What we once considered normal has changed.

More deaths will result from the current square to Pluto, which has been active for about 4 or 5 years and is already causing deaths in Yemen, Syria, and Burma with the Rohingya population, to name a few.

Eris’ anger and desire for revenge are aroused in all of us who feel “ignored”, not accepted, excluded, or invited but not included.

And until we recognize that we are not so different from one another and that the values that once divided us are being replaced by more universal feelings of compassion and unity, the conflict will continue to rage between nations.

Everyone has the right to move to areas with better employment opportunities and where they can live more honorably. 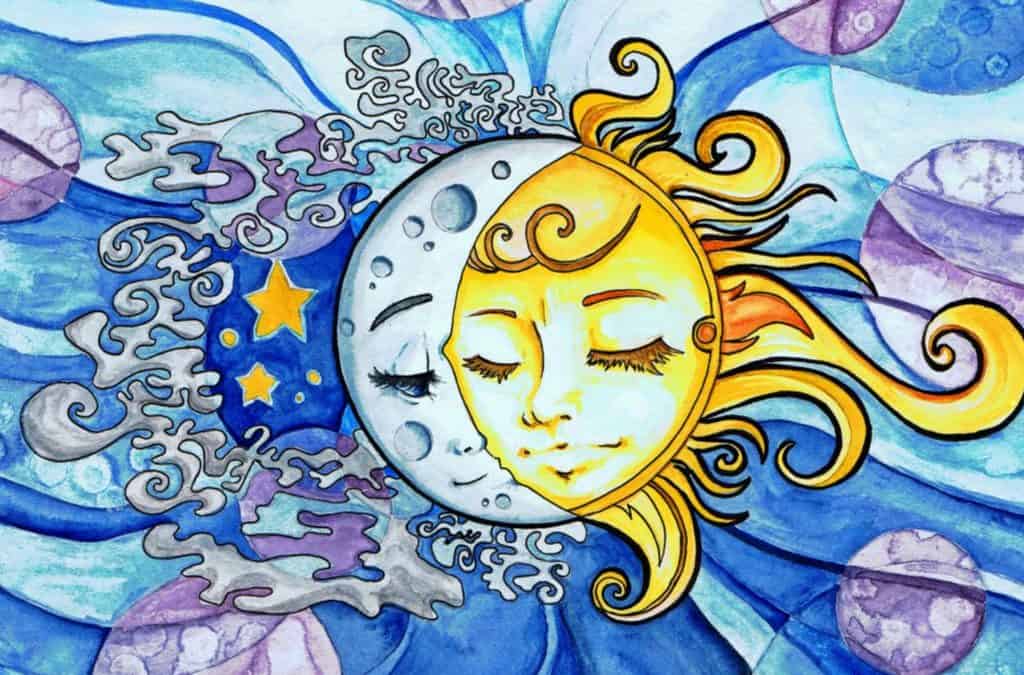 Initially, it seems that both the Sun and the Moon were feminine emblems. That is to say, emblems or symbols…

The Full Moon in Gemini, a sign that is connected to our thought and communication processes, activates our subconscious and…