Both the suffering Egyptians and the Israelites who witnessed God’s power for the first time must have found the signs and wonders (or “plagues”) described in Parashat Vaera to be immensely frightening.

Children of Israel endured the pains of slavery and the ten manifestations of divine power that destroyed Egypt, but according to the 13th-century kabbalists, they did not do it alone.

Often the female Shechinah was depicted by the medieval kabbalists as a caring mother who suffered with her children Israel in exile. While they were slaves in Egypt, they worked with their children, and after they were freed, they watched over them in the desert.

The Zohar, the best-known work of medieval literature, gives a biological reality to this connection between the Shechinah, the exalted mother, and human mothers.

According to the Zohar, God is a power that is both wholly transcendent and wholly present in our universe.

The Ein Sof (“Without End”), which is beyond the reach of human comprehension, and the ten lower Sefirot (aspects) that are projected into the world of being make up the Godhead. According to the Kabbalists, everything on earth is a reflection of this heavenly realm.

The Zohar often depicts the realm of the sefirot in different ways. It often compares the sefirot to an inverted tree or the days of the week.

Perhaps the most popular symbol, however, is the body. Genesis 1:26 states that God made human beings in his image and likeness. The kabbalists understood this verse literally.

This divine reality is reflected in human anatomy and physiology.

Medieval Halachah (Jewish law) required women to separate themselves from their husbands for 12 to 14 days each month: a period of five to seven days of menstruation plus another seven “clean” days.

According to the Zohar, the source of this Halachah is the Shechinah myth. Egypt is considered in the Zohar to be the ultimate symbol of the sitra achra. At the time when the Shechinah dwells with the Children of Israel in Goshen, she is influenced by the “other side” and begins to menstruate.

Consequently, she must separate herself from her husband, Tiferet, for as long as her flow of blood lasts; as a result, she is exiled or banished (literally) from the forces of the Holy One.

Although her flow ends as soon as the Children of Israel flee Egypt, the Shechinah is still not ritually pure. Following the dictates of halachah, she must separate herself from her spouse for another seven days of purity.

After forty-nine days of journey, the Shechinah and her children rest at the foot of Mount Sinai, where she finally undergoes the last purifying ritual: immersion in a supernatural (pool).

Like a newly dressed bride, the Shechinah’s purity ritual meets her husband, Tiferet, at the top of Mount Sinai. The two are united divinely on the eve of Shavuot.

The Zohar in feminist perspective

Throughout the Zohar, the Shechinah occupies a prominent place. Therefore, many Jews understand Kabbalah to be the only refuge for gender equality in rabbinic Judaism.

Unfortunately, this is not the case. Indeed, it would be fantastic if it were. The Kabbalah is the product of a 13th-century worldview. Both its author, Moses de Leon, and his entourage lived in a world in which the physical and intellectual inferiority of women was believed to have been scientifically proven.

For them, it would have been inconceivable to develop a Shechinah mythology that challenged social norms.

Thus, the Shechinah is most often depicted as a passive vessel with “nothing of her own.” Sometimes, when she acts righteously, she changes gender and becomes male; when she falls under the sway of the sitra achra, she remains always female.

Nevertheless, there are passages that we can read as more sympathetic to feminist views. If one reads the Zohar through the prism of history, one can differentiate the various shades of prejudice to create new meanings.

One example is the Kabbalistic story of the Exodus of the Shechinah from Egypt. There are many disturbing notions in this passage, including the association between menstruation and demonic possession.

Still, there are valuable insights in this story that can enhance our spirituality. The fact that the Shechinah is a caring mother, that the Omer is based on a female biological function, and the notion of the giving of the Torah (Matan Torah) as birth are notions that we can reclaim and make our own.

The idea that the Shechinah gave birth to the tablets of the Torah gives a whole new meaning to the notion of the “Torah of Sinai”.

Moreover, I believe that the custom of eating dairy products on Shavuot has its origin in this very myth. After all, dairy foods symbolize the nursing Shechinah who nourishes her children in Israel with Torah.

With information from myjewishlearning.com

Jews around the world celebrate Hanukkah, or the Feast of Lights, which begins tonight with the lighting of the first… 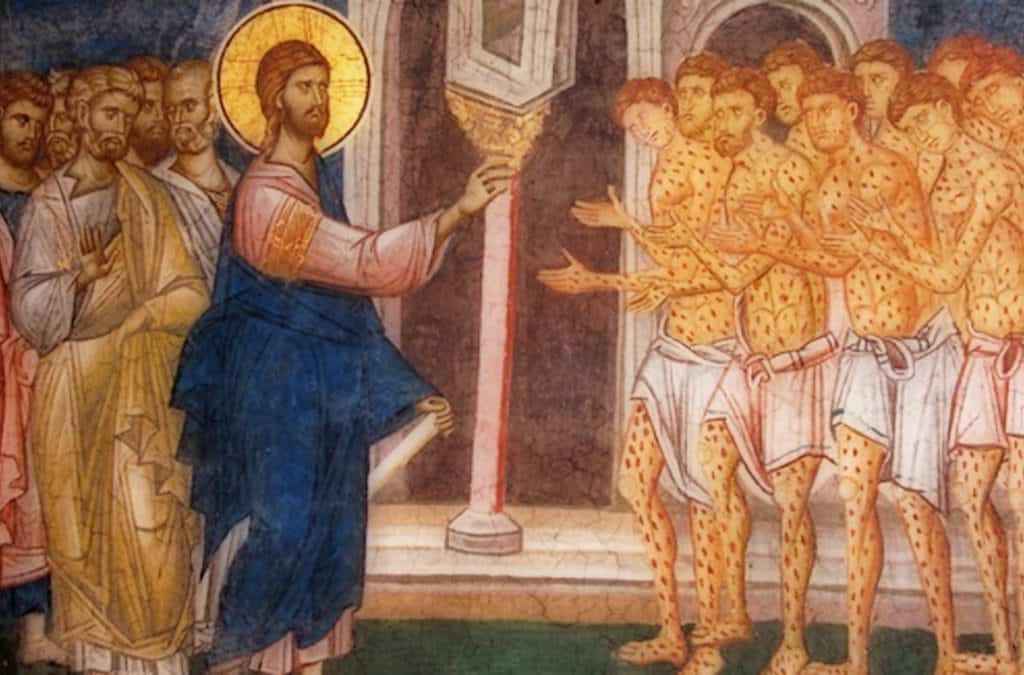