This year, moving rapidly through Aries, it will reach 8° 43′ of Aries on July 28 and will begin to retrograde until November 24, when it will restart its advance being already in the sign of Pisces.

Do you remember what happened during those days in your life?

You are living during the return of Jupiter if you were born during that period. Something is pushing you to broaden your horizons. Let’s take a closer look at what happens when these archetypes combine, which is incredibly energizing, innovative, positive, and optimistic.

To do this, we must understand the messages these archetypes or “voices” convey from the collective human psyche. Keeping in mind that, as Richard Tarnas writes in his excellent work Cosmos and Psyche:

“…. Knowing the basic archetypal dynamics and patterns of one’s natal chart allows one to bring greater awareness to the task of fulfilling one’s authentic nature and intrinsic potential, as in Jung’s concept of individuation.

The more accurately one understands the archetypal forces that inform and affect one’s life, the more flexible and intelligently receptive one will be in dealing with them.

To the extent that one is unconscious of these potent and sometimes highly problematic forces, one is more or less a pawn or puppet of the archetypes, acting by unconscious motivations with little chance of being a co-creative participant in the unfolding and refining of those potentials.

Our “own vision” of the world is rather a vision influenced by recognizable, universal, and cultural archetypes. Each archetype is also interpreted differently by our language and our brain. So let’s review these two archetypes before we talk about the current position of Jupiter in Aries.

What is the significance of Jason in the story of a God (Jupiter-Zeus) and a Hero-King?

We have chosen the golden fleece as the symbol of Aries because he is the one who saves it. These two archetypes have a similar past, in which their fathers rejected them and their mothers secretly saved them.

As an oracle had promised that one of them would overthrow him because he had done the same to his father Uranus, we already know that Jupiter (Zeus) was the son of Saturn, who swallowed his offspring.

Therefore, Jupiter is a direct descendant of Uranus, the God of Non-Matter. His younger son, Saturn (reality and social structure), is the one who castrates and deposes him. We must not lose sight of the reality that Aphrodite-Venus gave birth to beauty as a result of this fact.

By giving Saturn a stone wrapped in swaddling clothes after the birth of the last child and allowing him to sneak the child into a cave, where a “goat-nymph” emitting milk from its horns waits and raises the infant, hidden from its devouring father until it reaches adulthood, Rhea, the mother of Jupiter, saves it from the same fate as its older siblings.

According to legend, musicians, and dancers alternated at the entrance of the cave to mask the cries of the child-infant god.

Since Christ is the son of God and grows up in poverty without the privileges of his heavenly father’s position, the story of Zeus-Jupiter is similar to that of Christ in this respect.

Naturally, as an adult, he returns to uphold his legacy, deposes his father, and, with the help of Metis (with whom Zeus later gives birth to Pallas Athena), concocts a potion that causes Saturn to vomit up his children, who turn out to be Vesta, Ceres, Juno (whom Jupiter marries), Pluto and Neptune.

All these archetypes are ingested by Saturn and released by Jupiter. Think about this.

Also, the heir to the thrones of Alcimeda and King Aeson of Yolk, who is overthrown by his brother Pelias. He should have inherited Aeson’s kingdom, but Pelias, Jason’s uncle, takes him instead for fear that he might assassinate Jason to unseat the rightful heirs.

Jason’s mother discreetly sends him to Mount Pelion, where he is raised by the wise centaur Chiron and taught both medicine and how to become a hero, just as she had done with Achilles and Hercules.

As Zeus-Jupiter Jason returns to overthrow his evil uncle and take what is rightfully his, the uncle, who was no fool, immediately says yes.

However, as a test of Jason’s maturity, he must first undertake a journey to retrieve the golden fleece or its skin, which is also hidden in a cave and guarded by a great and mighty dragon.

Although the legend of the golden ram is also quite intriguing, in this essay I want to focus on the relationship between Jupiter and its placement in Aries, which symbolizes the legend of Jason and the Argonauts. Of course, Jason recovers the skin of the golden fleece and returns to his throne as king of Yolkos.

What does this transit of Jupiter through Aries have to do with it?

We discover two archetypes, however, who must be “rescued” from emasculating or despotic parents while they are young. To survive, they must be raised by others; however, they cannot truly manifest until they are adults.

The hero’s journey is like this: he must travel the road alone, always with the help of a woman who, in the end, is abandoned or scorned.

Medea, who first helped Jason, but in the end was deceived by the Hero, who incited her anger and forced her to take revenge, kills Jason’s new wife and the children she had with him. But that is another story.

Here we focus on the paradigm of Jupiter as the liberator of the intolerable lightness of Being.

Jupiter is the one who motivates us to go in search of the divine, and his placement in the sign of Aries serves to warn us that we must go on this quest alone because it will lead us to the shadow sides of our fathers, as well as to battles with huge beasts and dragons.

The quest for the Golden Fleece represents the superego that we will discover along the journey if we face it head-on and with confidence. The journey itself must be traveled by us, although there will always be those who will help us.

It is here that the phrase “free will” takes on its full meaning. The choice of whether to follow the laid-out path is the only act of free will.

Although the strong women support Zeus and Jason, it is they who must engage in combat with the titans or the dragons, respectively, to reclaim their kingship, that is, their soul.

The need to restart, to restart the journey, will be strong with the assistance of Mars in Aries from May 25 to July 4, and, like Jason, he will need to choose the Argonauts, that is, those who followed him on the path but served as his support, including Hercules and others.

Knowing who we are going to work with to complete our project is a crucial step in controlling the immense energy that permeates our body and drives us to move forward and act.

However, it is also the tremendous optimism that frees us from the inertia, laziness, and disillusionment of being a mere mortal who is only on the road to death. Jupiter’s energy is one of expansion, no matter the dangers, and in Aries, much more so.

While Jupiter speaks of discovering our divine nature, which will allow us to transcend our mortal destiny, Saturn warns us that we will grow old and have only a finite amount of time to live.

Although Saturn in Aquarius requires Leo, Taurus, Scorpio, and Aquarius to make the journey down to earth, potentially with more obstacles that we must learn to manage, both Leo and Sagittarius benefit from this innovative and pioneering spirit.

The four cardinal signs-Aries, Cancer, Libra, and Capricorn-will have to exercise more self-control when creating plans because their creative inclinations will be overbearing.

We clearly understood the lesson of Jupiter’s transit through Pisces and its conjunction with Neptune in April of that year when we realized that, in the present time, when a war like the one in Ukraine is imminent, we can all contribute and feel the suffering of the combatants much more quickly than in the past.

At the same time, we learn from him during his journey through Aries that acting on our compassion is just as important as feeling it.

From our perspectives, each of us can help build a better society where we can all enjoy our brief stay in the realm of the living while putting aside indifference, disinterest, and disillusionment. A tsunami can be started with a single movement.

Move a piece, alter anything, or throw a stone into the water to start the waves spreading if you are tired of your life. The waves will always spread farther than you anticipate, no matter how small a stone you throw.

Jupiter in Aries leads us to the realization of our Divine Nature, while Aries instructs us on the courage needed to Be.

BE who you ARE

This may be the most difficult path to take. Most people don’t; instead, they are content with the versions of themselves molded by their society, family, and country. But is contentment possible without understanding who resides within us?

It takes a lot of courage to examine this because individuation makes us feel alone at first before we realize that we are always a member of this species evolving together, so we are never alone.

We can overcome our sense of isolation by realizing that we are part of the Whole, but first, we must follow the path of the Self to get there.

Jupiter in Aries gives us the motivation we need to take action.

With information from Archetypal Astrology—Cristina Laird

The Full Moon in Gemini, a sign that is connected to our thought and communication processes, activates our subconscious and…

The Full Moon in Aries will be aligned with Chiron and the Sun in Libra forms a conjunction with Venus,…

Although horoscopes are more popular than ever, not everyone is comfortable talking about their natal chart or other personal information.… 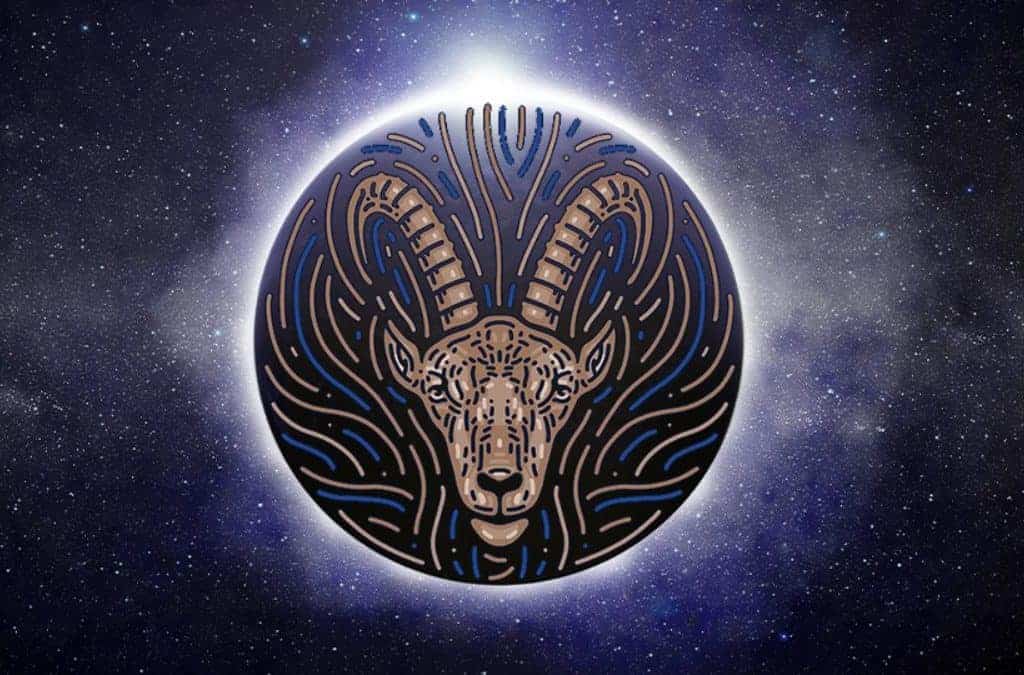 Without risk, nothing extraordinary happens, and if this New Moon in Capricorn has taught us anything, it is that life…

The Gemini Full Moon encourages us to find a balance between this union of our human and spiritual selves. During…