Guardian angels exist, even if they don’t have wings, blond hair, or the appearance of never having broken a dish. By examining a statistical anomaly, a group of Russian mathematicians concluded that there were fewer passengers than normal on crashed ships, trains, and planes.

According to mathematical analysis, guardian angels do exist.

Simple coincidence, hunch, or proof of the existence of guardian angels?

Far from using an abstract method, a team of Russian mathematicians led by Valeri Isakov claims that a simple statistical study proves that the guardian angel, or whatever you want to call it, acts admirably.

This team of experts has studied a significant number of past catastrophes and identified a peculiar statistical trend: accident routes always have fewer passengers than usual.

As a result, in the last 20 years, 18% more customers canceled their tickets on flights or routes that subsequently suffered accidents than when everything went according to plan.

Isakov confirms with this finding the theory of American sociologist James Staunton, who in 1958 examined more than 200 railway accidents from the previous 30 years.

In contrast to trains that did not suffer any incidents, Staunton found that, on average, trains that had suffered an accident had only 61% of the seats occupied.

In other words, there was a not insignificant difference of 15% of passengers who were saved from certain death by intuition or the intervention of a guardian.

Stephen King, the author of best-selling horror novels, turned to his idea to explain this statistical discrepancy.

King claimed that some people are occasionally awakened by what he called “the subconscious alarm system,” which our predecessors had developed more fully and used to protect themselves from impending danger.

This “alertness” atrophied as threats to man’s safety diminished.

King’s interest was piqued when he discovered that 16 passengers on a plane that later crashed returned their tickets before the flight and three others were late, even though the average number of returned tickets is usually no more than ten and the number of late passengers is essentially non-existent.

Belief in the existence of angels

It is extremely useful to understand what the Christian faith and the Catholic Church in particular believe regarding the existence of angels, particularly the guardian angel, in addition to the extensive statistical study and the scenic nature of the news.

Regarding the presence of angels, the Catechism of the Catholic Church, updated edition according to the official Latin language of 1997, states the following.

“The existence of spiritual, non-corporeal beings, which Sacred Scripture habitually calls angels, is a truth of faith. The testimony of Scripture is as clear as the unanimity of Tradition.”

Furthermore, the same Scripture specifically states the following about the guardian angel:

“From its beginning until death, human life is surrounded by their [the angels’] guardianship and intercession.

“No one will be able to deny that each of the faithful has at his side an angel as protector and shepherd to conduct his life” [statement of the Catechism taken from the work Adversus Eunomium of St. Basil the Great].”

Every soul has its angel

Throughout the Bible, we find that every soul has its guardian angel. Thus, Abraham in sending his steward to find a wife for Isaac, tells him:

The demon is believed to have uttered Psalm 19 before Our Lord (Matthew 4:6), and Judith herself described her brave act by saying:

These passages and others like them (Genesis 16:6-32; Hosea 12:4; 1 Kings 19:5; Acts 12:7; Psalms 33:8), while not explicitly proving the doctrine that each person has his guardian angel, receive their complement in the words of our Savior:

“Beware of despising one of these little ones, for I tell you that their angels continually see the face of my Father who is in heaven” (Matthew, 18:10).

These statements serve as an example of what St. Augustine said: “What is hidden in the Old Testament is made clear in the New Testament”.

The book of Tobit emphasizes this point more than any other, and St. Jerome adds to the words of Our Lord given above by stating that “everyone receives a guardian angel from birth since the dignity of every soul is very great.”

With information from Christian News 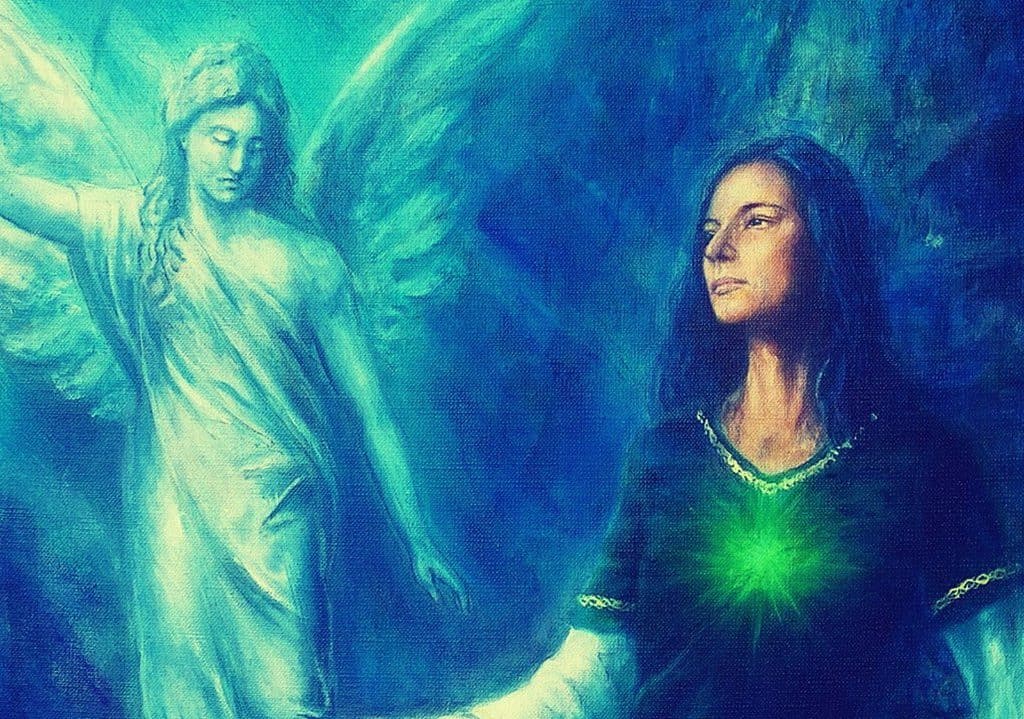 Between angels and spirit guides there are several significant distinctions. Among these are their familiarity - or lack thereof -…

In the 1970s, Valerie V. Hunt, a scientist at the University of California (UCLA), who is currently Professor Emeritus of…

Elul is the sixth month of Nisan, the first month, as it is written, This month is the first of…

In Hebrew, the month of Cancer is known as Tammuz and on these days the light of the Creator increases…